Careers in agriculture: The time is now 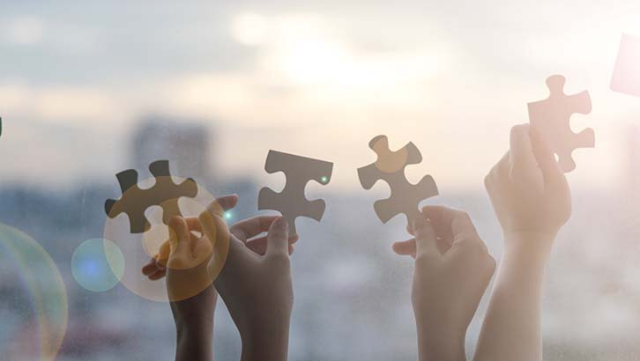 After recruiting and training your staff, you want to keep hold of them, but how? Jez Fredenburgh speaks to farm employers and employees about how to boost retention.

The unforeseen events of the past two years have put farming firmly in the public spotlight for a host of different reasons.

Covid-19 and the ensuing lockdowns played an enormous role in transforming the value consumers place on home-grown food, the British countryside and job security.

Unprecedented school closures and a shift towards online learning enabled farming organisations to reach a record number of young children and teenagers and give them access to workplaces which were usually off limits.

Add to this the burgeoning issues of the environment and climate change and there are now opportunities for the taking to highlight the cutting-edge work our industry is doing to play its part.

Together, all these factors have captured the attention and imagination of a huge demographic from the younger generation to teachers, consumers and tourists.

But now the industry faces a considerable challenge in how to maintain this interest as life returns to normal.

An increased awareness of food provenance can undoubtedly be traced back to the panic-buying witnessed in the lead-up to the first lockdown.

Carl Edwards, director of education and public engagement at Linking Environment and Farming (Leaf), says: “One of the consequences of the pandemic was that it reawakened people’s interest in food and made them truly value it.

We don’t know what we’ve got until it’s gone or limited.

“This put farming in the spotlight and highlighted its importance to us all in society.

Going out on Leaf Open Farm Sunday and listening to the conversations that young families were having with their local food producers and farmers made it is clear to me that they have a renewed sense of appreciation for what our industry does.” The crucial role the countryside played in safeguarding people’s physical and mental health will not be forgotten in a hurry.

A survey commissioned by Farmers Guardian as part of the #FarmingCAN campaign found that as many as 71 per cent of people said they felt fortunate to be able to access the British countryside.

And a survey by Censuswide for the NFU revealed that 87 per cent of respondents said visits to Britain’s farmed landscape had improved their well-being over the past year.

Nearly half said they valued the British countryside and farmland more since the pandemic began and 84 per cent agreed their visits had made them appreciate the role farmers play in creating our iconic rural landscapes.

Job security was also at the forefront of people’s minds and farmers’ roles as key workers highlighted their important place in society.

Josh Payne, chief education manager at the NFU, says: “At the end of the day, everybody has to eat.

That will never change.”

However, the pandemic is not the only crisis on people’s minds.

The fight against climate change is a key driver for young people and an increased awareness of the positive work the farming industry is doing in this area has started to have an impact.

Soil Association farm adviser Jerry Alford says: “New ideas and entrepreneurial thinking have always been welcome in farming and the need to focus on how we can use soil and farming systems to sequester carbon, improve soil health and the climate is a great opportunity for the next generation of farmers.” Carl agrees that young people are interested in the effect of what they eat and buy on our climate and they are keen to play their part.

He says: “I see a real desire to learn more about sustainable food production, the technology behind it and how it impacts on climate change.” Research by Leaf Education has seen an astonishing five-fold increase in engagement this year from its work with young people on-farm, in schools and online.

Carl says: “A hybrid approach is required to provide opportunities for young people to learn directly from real-world experiences, where they can question, learn and challenge farmers and become inspired to enter our sector.” Education initiatives across the industry seized upon the potential online learning provided to give students a unique insight into farming.

NFU’s Science Farm Live! ran on March 8-12 this year and connected a staggering 223,000 students with the Great British countryside and with the people who look after its landscapes, animals and farms through four interactive broadcasts.

These broadcasts included a trip to a sheep farm for Lambing Live, Future Farming Robots with researchers from Harper Adams University, watching chicks hatch with Eggucation and a farm vet visit on a dairy farm.

Josh says: “When it comes to how we solve issues around agriculture, such as the supply chain and labour, a lot will require new solutions and new ways of thinking.

“These kids are the ones we want to do it.

We need to get to them now and show them that if they want to be a robotics engineer or programming artificial intelligence they can do that within agriculture.”

This unique set of circumstances has already had a tangible impact, with agricultural colleges around the country reporting an increase in the number of students opting to study agricultural courses.

CLA president Mark Bridgeman says: “A career in the agriculture sector can often be overlooked by those without a direct family link to farming.

“But at this critical time when there is an increasing focus on the environment, climate change and sustainable farming, it is no surprise that agricultural colleges are seeing growing interest from young people.

“Perhaps some students feel inspired by the work farmers did to feed the nation during the pandemic or were able to make the most of our glorious countryside for long-distance walks.

After all, stewardship of our natural environment is an honour and a responsibility many would wish to share.” In 2004, Otley College had just five farming students.

By 2020, 63 learners were enrolled on farming courses at the newly-named Suffolk Rural, which is now run by Suffolk New College.

Holly Williams, head of land-based studies at Suffolk Rural, says: “This year we have already eclipsed these figures and we are still enrolling students up until the middle of October.” She believes a number of factors may have contributed to this rise, but says TV shows such as Countryfile and more recently Clarkson’s Farm, have played a key role.

She says: “These shows have got people talking about agriculture, which is fantastic.

I also think the industry is more inclusive and that can be seen by the fact that we have more students who did not grow up on a farm joining our courses at Suffolk Rural.

It is great to see a higher number of female students enrolling.”

In order to capitalise on the increased interest and positive feeling towards the industry, experts agree organisations working together is essential.

Agriculture is made up of lots of smaller organisations and everyone is doing different things, but we need to talk to each other and put on a united front for schools so we can get the best bang for our buck.

We do not have the same level of funding as some of the bigger industries out there.” Carl agrees for more collaborative working.

He says: “We need to work together to help join the circle and offer exciting and motivating experiences to empower our young people to make informed decisions about the hugely varied and rewarding careers our industry has to offer.” Holly says: “I guess the message to everyone is to keep working together and keep being creative to help fly the farming flag.

“Now is not the time to sit back and think that the job is done.

Now is the time to put our collective foot on the accelerator to encourage more and more people into our fantastic industry.” Josh is keen to highlight that increased appreciation for the countryside and home-grown food are not luxuries accessible to everyone and the industry needs to join forces in order to reach those children denied such experiences during the lockdowns.

He says: “We saw a lot of people becoming more aware of their local surroundings, but that was largely within middleclass environments.

Those who had the budget were going out more, growing food at home, baking and cooking and those aspects of society now have a greater understanding.

In some areas, however, it made little difference.” And there is still an important role the individual farmer can play.

Josh says: “Do your part.

You have your own kids, grandkids and people you know who are teachers.

We’re doing excellent work, but a lot of people still don’t know about it.

Don’t be afraid to get in touch and offer to talk to students about your life.”

Inspiring the next generation in statistics