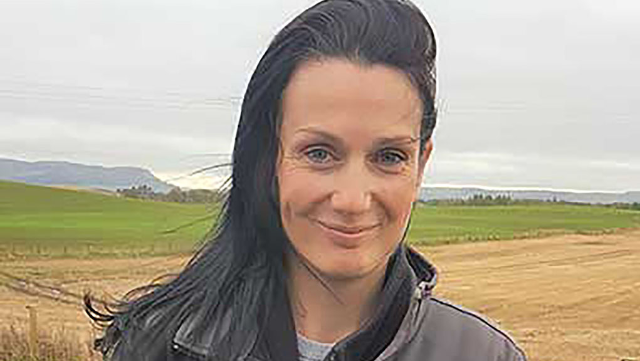 An ability to be a team player is crucial for anyone wishing to be involved in agricultural trials work. Hannah Binns speaks to Scottish Agronomy’s Laura Hughes to find out more.

Being a team player is the best asset you can have in trials work, Laura Hughes, Scottish Agronomy’s potato trial manager, has said.

Having grown up on a mixed arable and livestock farm in Fife, Scotland, Mrs Hughes knew she wanted be involved in agriculture as a career, opting for an animal science degree at the University of Aberdeen, with the intention of getting into livestock nutrition.

But a harvest student job at Scottish Agronomy during her third and fourth year in 2005 soon changed her mindset.

“My role is mixed, but most of the time is spent managing the potato trials on a day-to-day basis. In early spring, I liaise with clients about their requirements, prepare protocols, secure sites and order seeds, then I am involved in planting trials and growing crop assessments through summer.

“The rest of the year I help harvest the trials, grading yield digs, assessing skin finish and writing reports.

“Basically, I manage the programme from start to finish, ensuring trials are carried out to the best possible standard and within all current guidelines.

“As well as this I form part of the combinable crops team and I am responsible for co-ordinating all grain sample requirements.”

Mrs Hughes farms not far from where she grew up, with husband Zander, who runs the agricultural contracting business, and daughters – Ailie, six, and Holly, three months. She has a flock of 230 commercial Texel and Beltex cross ewes.

Despite having minimal knowledge of arable and having been mainly involved in family farm’s livestock enterprise, Mrs Hughes said she had an opportunity to learn a great deal about cereals and potatoes through her career.

She said: “The best part of the job for me is having a mixed role, as no two days are the same, and I also get to be out in the countryside. A 9-5 office job was never going to be for me.

“We are very lucky to have some of our trials in very scenic parts of Scotland.

“Seeing new products come through from very early development work to being successful in the commercial market is also rewarding, knowing that our trials have played a part in its approval and success is a great feeling.

“Harvest too gives me a great buzz as I get to see something I have been responsible for. My greatest highlight has been becoming potato trials manager, having worked my way up from being a student.

“Trial numbers have increased over the years and we now run a diverse set of trials for many commercial clients covering a huge range of topics and issues.”

But she added the greatest barrier facing industry was its gender bias.

She said: “Things are improving and hopefully in the future there will be an even split of females to males in agriculture. Changes in the public’s perception of British agriculture could make the future of our industry very different, and difficult, but it is one we should remain to be proud of.”

An ability to work well in a team is key for anyone interested in this career, Mrs Hughes said.

She added: “We work as a small group where everyone plays their part. Great communication skills, flexibility and self-motivation are also required.

“Days can be long and sometimes monotonous, but with a good team around you it can be fun.

“My current role requires a huge amount of organisation, so it is just as well I enjoy an excel spreadsheet and several lists.

“Describing what we do within the trials team can be very difficult to explain, but if you want a job which allows you to be outside, being part of a great team while being involved in the future of agronomy decisions, then it is a great field to be in.”