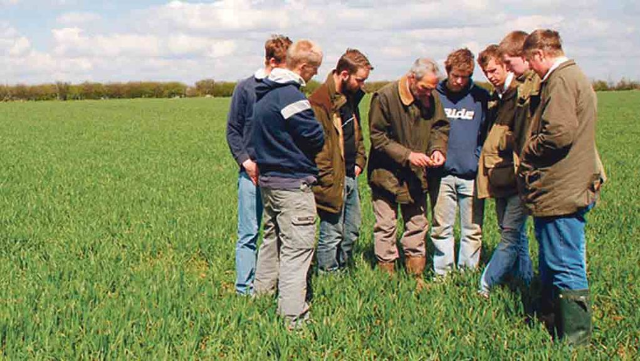 It was according to new research by the Knowledge Academy which said the sectors had grown 5.4 per cent and 47 per cent respectively.

The number of students attending university to study veterinary science has jumped almost 50 per cent in the last decade, taking the top spot over all subjects.

Caroline Drummond, Linking Environment and Farming (Leaf) chief executive, said: “We are delighted to see the number of university students studying agriculture is on the rise.

“At Leaf we have been strengthening the connections between the public and agriculture for more than 27 years and Leaf Education is fully dedicated to engaging young people with farming, helping them understand its impact on their daily lives, as well as opening their eyes to the many exciting career opportunities in the sector.

“By doing so we are able to nurture an appreciation of farming from a young age, while helping to shape our farmers of the future.”

It came as the industry slammed a report which suggested putting students off ‘lower earning’ university subjects – including agriculture.

The report, ‘A question of degree’, said of the 8,425 undergraduate students enrolled in agriculture and related subjects in the 2016/17 academic year, it was expected they would be earning about £24,300 10 years after graduation.