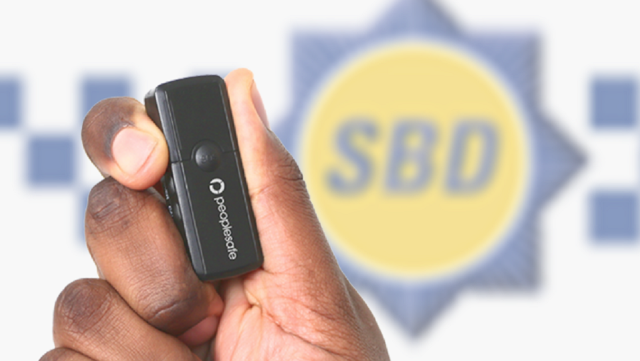 For decades, agricultural researchers have promised to keep work relevant to practical farmers, but, too often, the ambition has proved to be only aspirational.

But the wind of change is blowing, with a number of new collaborative projects underway across the UK.

TO be sited at the James Hutton Institute’s (JHI) Mylnefield site just outside of Dundee, the International Barley Hub (IBH) has only been made possible by the allocation of a £62 million share of the long-awaited Tay Cities Deal.

A mixture of UK and Scottish Government funding of £37m will go towards the creation of the IBH and £25m to an advanced plant growth centre.

Prof Derek Stewart, agri-food sector lead at JHI, said: “We will be looking for examples of the role barley could play in providing human food. Barley could also be an exciting source of natural ingredients for vaccines. The crop is widely grown across the world, including increasingly in China.

“The plan is to make this a global centre and it seems scientists from other countries are keen to collaborate and use the specialised facilities we will have here.

“We have already had visitors from Germany, Australia and China, keen to discuss what we could do together.”

A LONE worker GPS tracking device is giving farmers the confidence they would be in safe hands if something went wrong on-farm.

Richard Green, of Ropsley Farms, Lincolnshire, said a new USB-sized device, Send for Help, was helping the farming community stay one-step ahead on farm safety with its 24-hour protection and roaming network.

The device, which is also available as a mobile app, has the ability to track and send paramedics to the worker’s exact location, as well as featuring an SOS alarm function, GPRS and ‘man-down’ technology.

Mr Green said its ‘man-down’ technology, which can recognise a lack of movement including a trip or fall, gave him peace of mind over his seven employees in and around the farm, who each clip the device onto their belts.

Its client profile contacts alert other workers on-site, and, if necessary, emergency services.

ONE of the latest scourges to receive concentrated attention at The Moredun Research Institute is sheep scab. Principal investigator Stewart Burgess pointed to a two-prong attack on the disease and the mites which cause it.

The first line of attack is to prevent infestations developing within a flock by using a diagnostic test, and the second is to develop a vaccine.

Dr Burgess said: “Using a labbased test, we are able to pick up infestation within 10 days of mites striking and from levels of only one or two mites per sheep. Early detection means early treatment.”

The next step is to develop a pen-side test.

“The potential is there to use this as a quarantine tool and for use at markets and shows. It could be a five-minute test.”

THE latest device for monitoring beef cattle may look superficially like a conventional handling crate, but it is in fact a ‘data collection vehicle’, according to Gavin Dick, farms and commercial manager with the Government-funded technology roll-out body Agri-Epi Centre.

He said: “It is straightforward enough in that it sits in front of a water trough and weighs each animal when it comes in to drink.

“Apart from showing weight gain, we can look at the animal’s health and its conformation, depending on how many sensors are fitted.

“I would like to see the beef sector gain the same advantages as dairy farmers who use robotic milking systems to gather data on a daily basis.

“Projects such as this link farming and science and that is the bit that has too often been missing.”

BEEF farmers are missing out on up to £400/carcase as almost half fail to meet the required market specifications, according to Ian Wheals, co-founder of start-up productivity app Breedr.

His app, which reached the final of this year’s Agri-Innovation Den, promises ‘precision-reared livestock’ through a productivity and marketing management platform to improve the profitability of every animal, increasing quality and reducing waste.

And given data about the animal’s breed, liveweight and growth rate, the system enables farmers to predict when their stock will be on-track, in-spec and ready for slaughter, which in turn can help build a quality reputation.

The system is so far piloting with some of the UK’s most innovative livestock farmers and research organisations, and about 4,000 live animals, helping the group build its own benchmarking data.