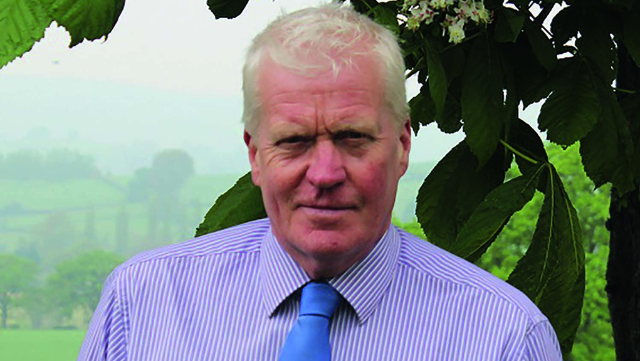 While our politicians busy themselves with back-stabbing, double-dealing and treachery, the next generation of UK farmers are preparing to create a new and more prosperous farming sector, says Farmers For Action chairman David Handley.

If anyone asks me what I wish for in 2019 I will tell them: a speedy resolution of the Brexit issue that has overshadowed politics and swallowed up massive amounts of resources that the country really cannot afford.

I don’t have a lot of time for politicians generally, but I cannot recall ever witnessing quite such a display of back-stabbing, double-dealing, treachery and dishonesty as we have witnessed in recent months.

And meanwhile the real issues, such as the future shape of UK farming, appear to have become of secondary importance – not that the extreme environmentalists who want to impose their wholly unworkable vision of a ‘greener’ agriculture policy on the country have missed a single opportunity in the meantime to attempt to bamboozle both politicians and the public.

Whether or not we quit Europe, it is younger farmers who are going to be most affected, not the old guard who have spent their entire careers being subsidised and can see no alternative way of operating.

Change is going to be forced on their world either way. The Common Agricultural Policy (CAP) in its present form is financially unsustainable, even without the loss of the UK’s contributions, and the money well is drying up.

Here, the status quo may prevail for a time, but I suspect the switch to rewarding farmers through environmental grants will come sooner rather than later – and I’m afraid anyone who believes it will be a simple matter to claim them now the task of managing them has been handed to the Rural Payments Agency (RPA) is merely deluding himself.

One of our biggest challenges will be explaining to the taxpayer that public funds are needed to sustain the precarious farming model that the EU has created – and to make them realise that only because farm support has been deducted relatively painlessly through their taxes over the last 40 years are they able to enjoy today’s historically food prices.

Yet all the young farmers I have spoken to are ready to embrace a new regime. They have seen their parents struggling with nonsensical bureaucracy drafted by people with no practical experience of farming.

They have seen their parents’ stress levels soar trying to operate within regulations apparently designed to stifle, rather than encourage, innovation, diversity and lateral thinking.

Younger farmers want an end to all this. They are ready to unleash ideas, creativity and energy to transform British agriculture and bring a new dynamism to the sector.

They represent an enormous pool of talent and enthusiasm ready to create a new and more prosperous farming model – though one which continues to deliver the safest and highest-quality food to the British consumer.

And that, at least, gives me hope for the future.

Farmers For Action can be found tweeting at @FARMERS4ACTION