Backbone of Britain: Moving out of the farmhouse after a life on the land 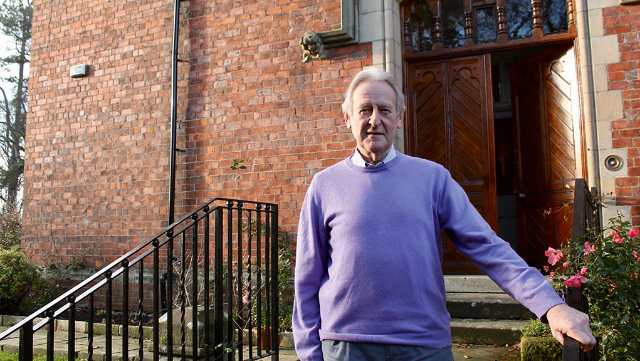 Moving out of the farmhouse and retiring from day-to-day farming can be a daunting task, but it is one even Lords have to face. Ben Briggs speaks to Don Curry – Lord Curry of Kirkharle – about making the decision to stop farming and how he believes the industry is in for a radical shake-up.

Retirement from agriculture is one of the thorniest issues in modern farming.

It is one the industry constantly wrestles with and it draws in a multitude of other concerns, be those farm succession, the next generation having their say, or complex financial matters that need resolving within a business.

For many farmers, it is also tied up with their own self-image. After a life on-farm will the step away mean they lose their own identity, their way of life or, in practical terms, where will they move to if they are no longer in the farmhouse?

It is, however, a decision most will have to face at some stage and for Don Curry – Lord Curry of Kirkharle – it is a decision he and wife Rhoda have recently taken.

Both come from farming families and have lived on farms their entire lives, with Lord Curry farming in his own right since 1971.

From 1980 onwards he ran Middle Farm, Barrasford, Hexham, which he and Rhoda made their home in 1990.

Yet for Lord Curry, the time came last year to finally relinquish the keys to the farmhouse and a life linked financially to the land.

Now living in a beautiful apartment on the edge of Corbridge, Northumberland, the Currys are, for the first time, not living on a farm. While admitting it is quite a change, the couple are clearly relishing their new surroundings, with Lord Curry, 74, still in London most weeks for a range of commitments, including his time in the Lords, and his position as a respected adviser on agricultural policy, as well as his chairmanship of the Prince’s Countryside Fund (PCF) which takes him all over the country.

He says: “Trying to make sure I did what I thought would be right for the farming sector was always a commitment I had.

“You get to a stage where you start asking how long you will go on farming. A lot would die with their wellies on, but the term ‘bed blockers’ has been used to describe farmers who are unwilling or unable to retire and prevent young people getting a foot on the ladder.

“We had been thinking a lot about what we do next and we had to decide where we wanted to live when we retired. It becomes a fun thing to look for a home and we wanted to be near a village with services, hence why we are here.”

Yet making the call on when to finally move away from the farm was, he admits, still a difficult task but, having been an agricultural figurehead who always encouraged farmers to step away at the right time, he felt he had to practise what he preached.

“We intended to let it [the apartment] out for a year or two but, really, we were procrastinating, so we decided to bite the bullet and move in.”

For many years, Lord Curry ran the 178-hectare (440-acre) Middle Farm on a share farming basis with John and Fiona Charlton, with John originally joining the business as a farm worker.

The farm is part of Browne-Swinburne Estate, from which it is tenanted, but as Lord Curry’s two children, Jonathan and Craig, both have successful careers away from agriculture – as a scientist in diagnostics and civil engineer respectively – he says it was clear for a long time they would not be returning to take on the farm.

Therefore, he has used his own retirement from the farm to enable the Charltons to strike up their own share farming agreement with the Browne-Swinburne Estate, something he clearly takes great pleasure in.

He is also adamant that with potentially huge agricultural policy change looming for the UK post Brexit, now is the right time to hand over the farming reins to someone else.

“From an agricultural policy point of view it is a good time to move on because we would have had to get our heads round post-Brexit policies,” Lord Curry says.

“It [farming] will become a younger person’s industry [post-Brexit]. Those of us who grew up post-World War 2 had a reasonably stable support system and there had not been any fundamental changes to it.

“Support decoupling from production was the most fundamental change, but even that was an adjustment to the Common Agricultural Policy rather than a major change of the system.

“Brexit will mean a complete change of direction and this is going to be a challenge for older people for whom the familiarity of the old [support system] is important.”

He acknowledges there could be significant structural reform within agriculture in the coming years, but is convinced an Agriculture Bill which places ’public money for public goods’ at its core also offers opportunities for those willing to grasp them.

Believing the country has a ‘unique’ opportunity to shape a new system of support, he sees the current Agriculture Bill as equivalent to the Agriculture Act 1947.

Yet he also sees the need for agriculture to reform its own image and, as his generation exits the industry, he believes there is need for a mindset change about what farming has to offer potential recruits.

He says: “For most of my life I have been frustrated that the farming sector is not seen as a career of choice. We do not present ourselves well and are not regarded as professional.

“We appear fragmented and uncoordinated and lack a career pathway which provides recognition for skills accrued.”

For those exiting the industry, however, he believes the Government’s proposed ‘golden handshake’, which means you could draw down Basic Payment Scheme (BPS) cash in one lump sum, has merits, but there needs to be strict control about how such a scheme would be handled.

“Cashing in your BPS claim is an interesting concept,” he says. “The idea there might be a mode of compensation is a new one. Yet if that is not part of a bigger picture in terms of moving away from the farm it will be a big mistake.

“There is a need to link that proposed payment to succession so it is not just a payment taken and not used. It could be used in conjunction with share farming, for example.

“The key has to be about allowing older farmers to get out of the industry with their dignity intact. The PCF Farming Resilience programme is focusing on this as a key area.

“It will require cooperation among many different bodies, as well as farmers themselves, about the opportunities that are out there and what needs to happen to transition from one system to another.”

With a foot in both the farming and political camps, Lord Curry has always been a huge advocate of UK agriculture and he will continue to be so. As he says, understanding the political implications of policy proposals within Westminster has always enabled him to tackle them rationally and effectively.

But what of their new life on the edge of the village, is the move from away from the farm such a shock?

The final word must go to Rhoda on this.

“For the first time in our lives we have gas and neighbours, and I like both,” she says.

“The farm was our home for a long time, but we had to make the decision [about what to do next] before someone else did.”