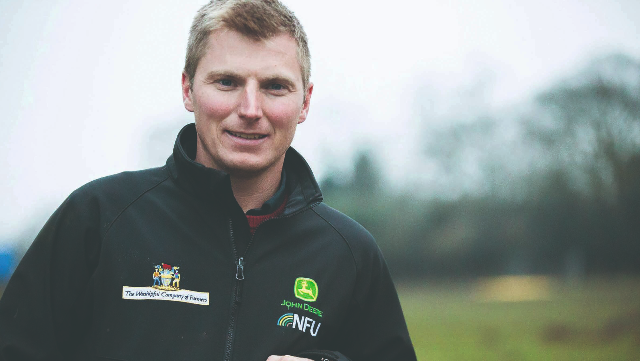 Young people looking to gain a foothold and training into the fresh produce industry, or those uncertain of what to do, can find opportunities in a trainee scheme looking to bring people into the industry.

MDS training, set up in 1986 by a group of growers, trains people for the fresh produce industry and has recently launched an apprenticeship, accredited by the Chartered Management Institute.

There are now more than 400 alumni of the scheme, with a mix of people undertaking the course, from those with a farming background, those looking for a career in the fresh produce industry and those interested in business management.

Christine Tacon, MDS chairwoman and Groceries Code Adjudicator, says 85 per cent of these are still in the food and farming
industry.

She says: “They are our employees for two years. They do four six-month secondments in our member businesses and we ensure they have four very different experiences.”

Trainees are placed in companies where MDS feels they can learn new skills, allowing people to try roles they would not consider or felt were outside of their comfort zone.

Ms Tacon says one of the things she was most proud of was recruiting people from diverse backgrounds.

“Many had not thought about our industry at all,” she adds.

Richard Bower is now working on the family beef, cereal and diversified farm in Staffordshire and believes the MDS training had added value to his career.

He began the training by identifying areas where the company he was working with could cut costs as a harvest efficiency manager.

“I came from a small family farm where we would not do anything like that,” he says.

He then spent secondments in packhouses and managing supermarket orders.

“My heart was always in farming. I decided to go back to the family farm,” he adds.

However, he had returned to some of his secondments to do some seasonal work for them.

Mr Bower says he had met many MDS trainees around the industry and on his secondments, and his ambition was now to grow a business where he could employ MDS trainees.

Alongside farming around 200 beef cattle and combinable crops, the family farm had diversified into areas including a farmhouse B&B, holiday lets and public attractions including a maize maze.

“We are still proud of the farm but we think it is about getting the public on to the farm,” he says. It was also a chance to present the benefits of a career in the food industry to young people unsure of what they should do, he adds.