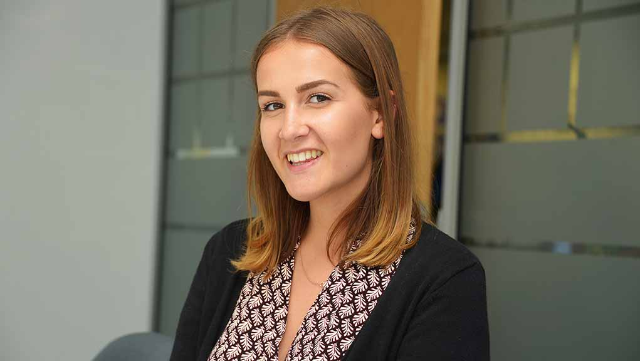 It was while she was deciding on her A-level choices, aged 16, Lauren Dean considered becoming a broadcast journalist.

She says: “Primarily I had the dream one day I would be sat on the This Morning sofa next to Philip Schofield.”

Fast forward almost eight years and Lauren now works in magazine journalism as an award-winning journalist at Farmers Guardian, writing about topics she never even knew were even ‘a thing’.

Although not from a farming family, she always had an appreciation of the countryside while growing up, so when a reporter role was advertised on the national publication, she applied.

“Two-and-a-half years later and it has opened my eyes to an industry I hope will actually always have a place somewhere in my life.

“I think having come into the industry with a bit of a blank canvas, I have been able to experience the breadth and depth of what agriculture has to offer, aside from the stereotypical tractors and wellies which people seem so cut on instilling is the only side to farming there is.”

Such has been its influence, Lauren, now 23, has now persuaded her boyfriend Ben to buy a garden big enough for a smallholding when they are older to secure food provenance and contribute to the industry in a different way.

“Speaking with experience, I think a lot of people take for granted the farming behind the food, but there is so much more to your supermarket shop and people need to be told – starting young – of the story behind it.”

Although working in an industry with no prior knowledge was initially challenging, Lauren learned on the job and soon realised the opportunities and impact agriculture has, not just nationally, but across the whole world.

From sitting with a 92-year-old farming stalwart who champions the role of family farms, to going out for the day on patrol with the Cambridgeshire Rural Crime Action Team, or producing hard-hitting stories which lead the news agenda, Lauren believes agriculture is the untold career in schools.

“Agriculture is so often disregarded in schools, as people believe it is something you are either born into or it will not be a highly skilled or well-paid job, but kids should be taught they could go on to be engineers, soil scientists or the person at the end of the phone offering support to farmers in need.

“Little did I think I would ever be working as an agricultural journalist, but the possibilities really are endless.”