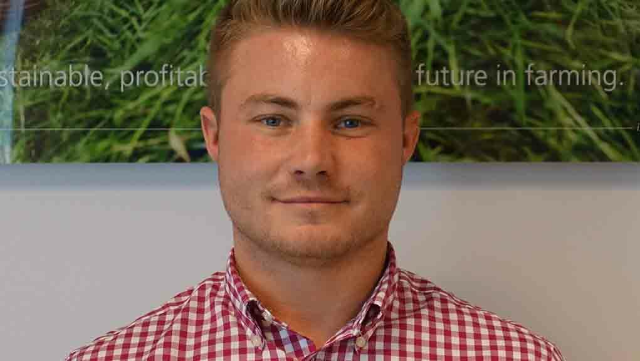 Josh Beer counts himself as fortunate as having what he describes as ‘a job in a million’.

He is one of Lely’s technical support engineers and, after entering the company just five years ago, is already progressing.

Josh says: “It is not only challenging, but I am working for the global market leader offering innovative solutions to make farmers’ lives easier.

“The company employs more than 1,000 people and operates in more than 40 different countries. At Lely you can really make a contribution beyond the scope of your own role.”

Josh also trains service engineers in the field and provides technical support to the nine Lely centres across the UK and Ireland.

“As a service engineer, you are continuously making an effort to go that extra mile when responding to farmers’ technical issues with advice.

“There is a lot more to the job than being technically efficient. You need to have good people skills, be cool and calm when responding to issues, and be able to offer reassurance.”

When Josh left school, he gained a City and Guilds qualification in car mechanics. He worked in a garage and ‘hated being stuck inside’.

“I had farming friends and decided I wanted to join them. I spent the next few years working on livestock and arable farms, which I loved. But in winter, I needed to earn enough money to buy a house.”

He applied for a service engineer position, seeking technical skills at Lely Center Longtown, and the rest was history.

He adds: “I started from scratch, passed my training at Lely’s European- based academy, flew through the three different levels and began taking on a lot of responsibility servicing the most advanced robotic milking systems in the world.

“It was a mentally demanding job, something completely different to what I had previously experienced. I was part of a team.

“Five years on, I saw the technical support engineer role advertised. While I wasn’t necessarily looking to move on, I knew it offered everything I wanted to progress my career, and allowed me to share the knowledge I had just gained to help others.”

In the last few months, the company has awarded Josh additional responsibility as technical support specialist in Lely Atlantic (UK and Ireland) for the newly launched Lely Discovery Collector, a robotic manure scraper.

In the future, Josh hopes to build on his career and welcomes the opportunities working for a global firm can bring.