It's time for British agriculture to address the existing skills gap 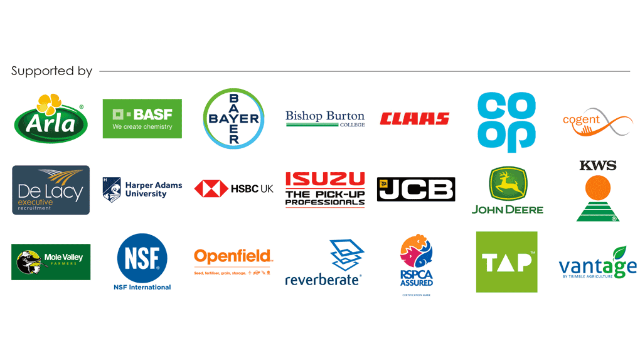 Career progression, job security and flexibility in hours are essential requirements for 16 to 35 year olds across the UK looking to enter the workplace.

These headline results were revealed in a Farmers Guardian online survey to determine what young people really wanted in a career and what could attract new talent into agriculture.

Staff recruitment and retention have long been a challenge, and it is not just in agriculture. With a significant culture change across the employment landscape, employers are now tasked on fitting with the needs of young people today, particularly on flexible working hours and skills development.

It is not about earning a high income, with most young people (54 per cent) expecting to earn £20,000-£25,000 or less by the age of 26. Our survey results revealed more than 65 per cent of respondents said a high income was only quite, or not very, important.

According to a report on Generation Y (those born from the mid-1990s onwards) by recruitment agency The Hays, this emerging group has a thirst for knowledge and the highest ranked factor when deciding on a potential employer was training and development.

The report said: “They want leaders who can help them to fulfil their full potential by coaching and mentoring them.”

However, the UK agricultural sector has been criticised in an AHDB paper from January 2018 for falling behind other countries on offering training programmes for staff. It said: “British farmers and growers under-invest in new skills and training relative to their competitors.”

This also correlates with the ongoing challenge of a poor public perception of agriculture.

Lantra’s chief executive Marcus Potter says: “Sadly, agriculture is branded as where you send the bottom 10 per cent. It is seen as low-skilled, low pay, unsociable hours, hard work and dirty.”

HOPS Labour Solutions director John Hardman believes it was a misconception that could be changed: “It is an industry perception of young people coming out of school and that people think farmers still wear dungarees with straw in their mouths. In fact, it is a very technical industry.

“As an industry, we are extremely poor at marketing how good our industry is and the opportunities long-term. There is no cheerleader to say ‘come and work for us’. We are fighting against IT and automotive industries that are much better at marketing themselves.”

The skills gap challenge is going to get worse with Brexit and an increased difficulty in attracting overseas labour; increasing the urgency of attracting young blood into the sector.

Kirstie Donnelly, managing director of City and Guilds, says: “With the lowest unemployment figures for decades, but about 800,000 vacancies being advertised for at any one time, it is fairly clear competition to attract workers is fierce.”

In reality, UK farming can no longer rely on overseas labour, says Lord Don Curry, who has recently chaired a group reporting improving recruitment in the agricultural sector.

“We have an image issue,” says Lord Curry. This, coupled with competition from other industries are stopping people from coming into the industry.

“To build our future strategy on presuming there will be a flow of people from the EU is looking increasingly flawed, so attracting people from inside Britain, with the promise of career progress, needs to take priority.”

This is unlikely to be a short-term task, with the sector already facing a big skills gap on middle and general managers, technical staff and low-skilled, seasonal labour, compounded by a lack of agricultural knowledge among young people today.

But farming and the wider agricultural sector has a good story to tell, says Caroline Drummond, chief executive of Leaf.

She says: “There is a stigma with agriculture that does not reflect what the food, farming and rural industries deliver. The breadth of exciting skills agriculture offers are enormous, but the rhetoric stems around everyone wanting to be a farmer, which confuses things. Farming is one slice of the cake of what agriculture offers in the career spectrum.”

The solution is for agriculture to start talking about all the technology it uses and the opportunities it offers for highly skilled employment, using GPS-powered tractors and drones, says Robin Jackson, of City and Guilds.

He says: “Kids see historical insights into agriculture at museums. They almost need to go to the John Deere factory or JCB factory and have them introduced that way. We need to get them really excited about technology and future opportunities, such as monitoring crops with drones, which is something highly likely to happen in future.”

Agriculture does not just face an image issue, but is facing a big skills gap across its existing workforce.

Robin Jackson, of City and Guilds, also recognises the skills gap in managers. He highlights first-tier managers, workshop managers or large farming businesses, where they have someone running the pig unit with two or three staff underneath them.

Research by The Rural England think tank and Scotland’s Rural College, commissioned by Amazon (800 companies) reveals the problem is also indicative in other industries.

More than half of respondents complained of a lack of digitally-savvy staff and training opportunities and one-fifth said they struggled to find the right staff and their existing workforce did not have the necessary digital skills. Yet 80 per cent said they saw online tools as key to their future growth prospects.

Yet when it comes to recruiting for technologists into his aeroponics company, LettUs Grow, engineer Charlie Guy has had hundreds of applicants.

He believes there will be a resurgence in tech people going into agriculture, attracted by tech, AI and drones: “All the tech buzzwords, you can use in farming.”

He thinks the fact more money is being put into agri-technology due to sustainability issues, should encourage people into it.

He says: “As long as it is wellnurtured, I see it doing well. A lot of technologists I know love the idea of working in food.”

Only by professionalising the industry will we be able to attract young people in this high-tech, digital age.

The need for change is already being spearheaded by a new coalition which aims to revolutionise the skills gap in agriculture.

The industry coalition, which includes AHDB, manufacturers, retailers, agricultural colleges, farmers and leading food producers, has united to back a transformation in farming skills and recruitment.

The Senior Skills Leadership Group will create a framework with new qualifications relevant to the needs of employers in the future, develop career paths and fresh approaches to recruitment, and encourage mechanisms for continued professional development and business support.