Time to bridge the training gap 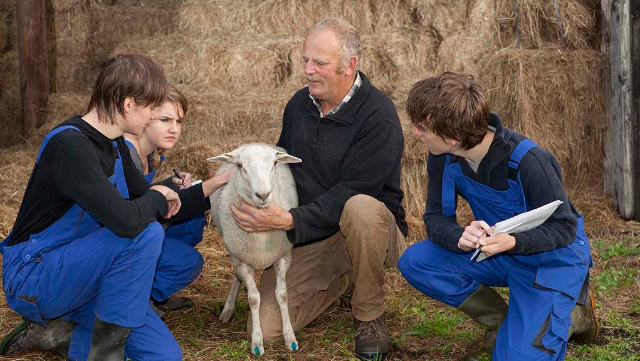 With farming often viewed as a career for life, the need to upskill employees to increase motivation or improve staff retention has become a widely accepted concept.

But employers and employees from farming and ancillary industries have differing stances on training priorities, new data from Farmers Guardian’s This is Agriculture survey has found.

The survey was aimed at employers and employees to better understand their thoughts on the need to upskill and training opportunities available, with balanced representation from all sectors across the UK.

Attracting 331 responses, data is suggesting a clear disconnect between employers and employees answering the same question, with a lack of communication evident about training demands.

Employees aged 16-25 said they were more likely to apply for a job with training opportunities compared to older job seekers who were less enthused. But only 25 per cent of farm employers and 36 per cent of ancillary employers said they advertised training opportunities as a recruitment tool, a surprisingly low figure for an industry openly concerned about its skills gap.

David Fisher, head of industry partnerships at Lantra, said: “Training may be defined or explained as ‘new skills’, CPD or refresher training, which validates skills and knowledge. But employers may be referring to cumulative and ‘in-house’ training rather than individual days.

“Increasingly, we are seeing people engaging with e-learning in areas of legislation, ‘safe use’ and best practice, as this requires less time ‘off the tools’, which suits both employer and employee.”

A farm employer responding to the survey added: “It is time-sensitive. The farming calendar year means experience in certain aspects can only be gained once a year, for example shearing, lambing and tupping. It could take three years for an individual to develop a good skill level.

However, there was also a bigger emphasis on external coaching (63 per cent) for ancillary employees, highlighting the growing role within agricultural associated industries. Ms Morgan added setting personal, professional and business goals was a more productive way of identifying and measuring growth.  She said: “Employees often see training as a formal ‘course’. However, coaching and mentoring is generally one of the most productive forms of training which is often not recognised by the employee as training.