View from the Top: Family farm still at the centre of Scottish dairy 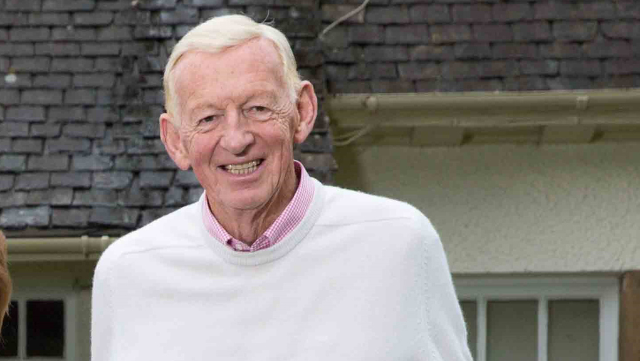 With Graham’s the Family Dairy one of Scotland’s most iconic food and drink brands, Alex Black spoke to Robert Graham about building the business up from a village milk round.

Family values and retaining the heart of the business as the family farm has helped Graham’s the Family Dairy overtake Irn Bru as Scotland’s number one food and drink brand.

From their family farm in the heart of Scotland, Graham’s has grown through three generations and is now Scotland’s largest independent dairy, with over 700 staff, since setting up in Bridge of Allan in 1939.

With 70 per cent of all households in Scotland having a Graham’s product in the fridge and success south of the border and international sales, chairman Robert Graham said the business has changed considerably since his father was milking 12 cows by hand 80 years ago.

Mr Graham said: “Irn Bru have been there for a very long time. We have crept up the table slowly. We are just trying to do a good job.”

Mr Graham said it had taken 80 years to build their brand to this point.

“My father was putting milk into churns and taking the pony and trap down into the village,” he said.

“If we saw them putting curtains up we would approach them and say if you want your milk delivered we can deliver it.”

The family then put in their first pasteurisation plant in the early 1970s.

“That opened up a lot of avenues for us to sell the milk,” he said.

They had changed their name from Graham’s Dairies Ltd to Graham’s the Family Dairy and put the family on the product.

“We had good products and the confidence to put our own name on it,” he said, adding this set them apart from their competition who were mainly big, international companies.

As time moved on the company began selling into supermarkets as consumers shifted away from the doorstep delivery.

Mr Graham said they saw success because there was a face behind the brand and the family were interacting directly with customers.

“For us to be supplying supermarkets the service and products had to be first class,” he said.

He adds their high standards mean they have long term relationships such as supplying Lidl since the first day they opened in Scotland.

And while some supermarkets wanted products in their ‘own brand’, Mr Graham said the power of the Graham’s branding means supermarkets are taking more branded products.

Mr Graham said the pandemic has been challenging, as it has been for everyone.

“One day we were going along fine. The next day we lost 1,700 customers in one day, all our hotels and restaurants we supply.”

To cope with the loss of custom, they had redirected milk into their butter plants.

“We just started making more and more butter. We normally make 70 tonnes a week, all of a sudden it was 140-200 tonnes.”

The butter production and sales doubled in response to people finding a passion for baking during lockdown.

They also moved back into doorstep deliveries, offering customers packages including milk, butter and their yoghurts.

As a farmer himself, Mr Graham is happy they did not let any farmer down during the crisis.

Jersey Gold Top milk is one of the iconic products Graham’s the Family Dairy is known for and Mr Graham said this is particularly important to him.

“We milk jersey cows ourselves and have another 15 producers providing jersey milk along with 100 specially selected farmers who produce milk from their Holstein Friesian herds for Graham’s the Family Dairy’.

“I started off with 40 jersey cows. I bought them from the Queen’s Windsor herd,” he said.

Today the family milk around 300 jerseys. 60 per cent of the cows are inseminated with sexed semen to ensure the next generation of the Jersey herd.

“The remaining 40 per cent of the cows are inseminated with the Belgian Blue and Limousin and the heifers from that mating are kept as doner cows for the Limousin herd,” he said.

The Graham’s have been members of the Limousin Cattle Society for 41 years.

“There are 40 Limousin cows in the herd of which we have had considerable success with their progeny at prestigious shows and sales throughout the country,’’ he said.

“Amongst 1500 Texel cross lambs, we have a small flock of Blue Texel ewes which belong to the grandchildren - Holly, Douglas and Charlie – who will hopefully be the next generation at Graham’s the Family Dairy after my son Robert and daughter Carol,’’ Mr Graham said.

The family are farming 800 acres in Stirling; 300 acres of silage, which they take three cuts, 200 acres of wheat and 50 acres of timothy hay, which Stirlingshire is well known for. The rest of the land is heavy clay which is ideal for grazing.