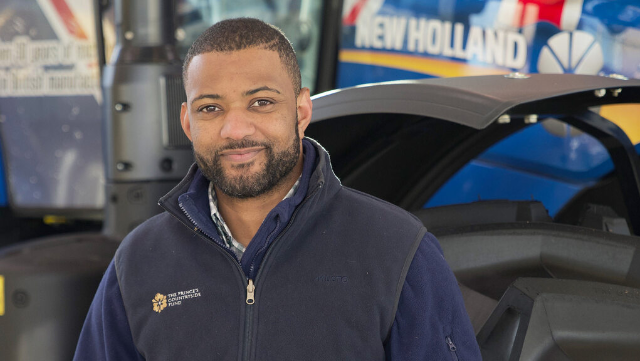 Those within the farming industry know how diverse, dynamic and forward thinking it can be, however, for those with no connection to agriculture, it may seem almost impossible to break in to.

From the outside looking in, you may also be fooled in to believing that farming is simply the production of food but delve deeper and the world of agriculture is so much more.

From finance to marketing, science to engineering and even fashion, the possibilities are endless.

Farming can deliver meaningful and interesting careers for anyone, including those from non-farming backgrounds, and whether that be through farms linking up with schools, key organisations, share farming or apprenticeships, the industry can be instrumental in education and providing fulfilling jobs for all.

Farmers Guardian has been at the forefront of this with This is Agriculture, a dynamic campaign that showcases the potential within the sector.

Exploring the wide range of jobs on offer, the campaign looks at how the farming industry can showcase itself to the wider public and prove that agriculture is not what many think it is.

A key aim of #FarmingCAN is showcasing what the industry can deliver to the public, especially those outside the industry.

To do that, FG has enlisted the help of key influencers who will use their platforms, which include millions of social media followers, to help showcase the breadth of opportunities on offer.

They include Countryfile presenter and Cotswolds farmer Adam, Henson, former JLS boyband member JB Gill, who swapped the stage for the farmyard and television and radio presenter George Lamb, who founded GROW, a north London based community project which looks at connecting children to nature and food production.

Asked what farming can do to appeal to the next generation and to attract outside talent, Mr Lamb said: "We have got to show viable, sustainable roots to employment.

“There does not seem to be [farming] role models that look like a viable alternative to what you could be doing for a living."

He said unfair supply chains, with farmers shouldering all the risk, was not a good look for the industry and could put people off.

"The little guy gets squeezed and when you look at lives in agriculture you think I do not fancy that, you get trodden on left right and centre," Mr Lamb added.

One of GROW’s key focal points is to show the next generation what farming could look like in the future.

This is, he says, animals and plants living in symbiosis to put nutritious food on your plate, and ‘pack carbon into the soil.’

But whether learning through a community farm, or getting children out into the countryside, he firmly believes they need to be exposed to such things through everyday education.

He added: “Little ones go crazy for animals and tractors but then we struggle to get people into farming – what has happened in the middle?”

Once known for being part of one the world’s biggest boy bands, four years ago JB Gill turned his hand to farming. With a passion for education, he is now spreading the farming message.

Having spent years in the music industry, JB Gill is now just as well-known in the farming industry – especially if you have young children who watch his much-loved BAFTA nominated TV programme on CBeebies, Down On The Farm.

Although he has no specific background in agriculture, he has always had a love for the outdoors and more so food, something which he is now passionate about passing onto the next generation.

It has, he says, been a ‘learning curve’, and discussions soon turn to how farming can play a vital role in education, and ways in which individuals and the industry can help entice young people into it. And connecting with people from diverse backgrounds like his is key.

“If we want the industry to be more diverse, we have to encourage people from those diverse backgrounds to get into it," said Mr Gill.

"There must be more awareness of the sector and more of a connection to the whole cross-section of our society.

"Little things like young people thinking that they do not need to be a landowner to run and manage a farm is something that is often misunderstood, and to the detriment of the industry.

“Reaching out to schools and having farmers of all kinds – and not just those who work the land - representing the industry for young people about to consider careers is invaluable.

"We have to get back to every member of society knowing about and respecting farming/farmers if we want to see real change in people considering agriculture as a viable and interesting career."